Here is the video from which  this Blog is derived reflecting on the fight for their right to vote.

I’ve spent the last couple of days thinking about  John Lewis, Audrey Grevious, and the value of the vote.

Congressman Lewis’ death has prompted a lot of reflection on how far we’ve come and how far we still have to go in the effort to evolve our politics and policies to mandate true equity in America. The current unrest, to me, indicates a shared frustration with progress  – whether too fast or too slow – that can’t be allowed to derail sound decision making and immediate work on permanent change to the entrenched and systemic inequity that has remained part of our country since its founding.

While I wasn’t lucky enough to know Congressman Lewis, I had the great fortune to know one of his peers, Mrs. Audrey Grevious. Mrs. Grevious was my sixth grade teacher at Maxwell Elementary School in Lexington and she guided the thinking and opened the minds of generations of schoolkids.

Like Congressman Lewis, Mrs. Grevious was an iconic figure in America’s 20th century civil rights movement: same passion, same lunch counters, same stories, same scars. She took the lessons she learned marching against injustice to create a very effective mentoring style in the classroom. Problems large and small (and you know how large problems seem small and small ones large when you’re a kid), were met with the same focus: If you see a problem, go and fix it. She had the unique ability to simplify the approach of issues of equality, necessary struggle (Congressman Lewis called it “good trouble”), and fairness to impressionable and occasionally at-risk students.

“When you see a problem, go and fix it.”

Her challenge to us has inspired my path through the military, as a business executive, as a community servant, and as a father and mentor. Problems create opportunity for communities to come together to build a better answer, better product, better future. And, while a true “fix” or solution might be elusive, the path forward is always improved by pursuing it.

A recent documentary on Congressman Lewis, “Good Trouble,” outlines his pursuit of solutions to the injustice faced by black Americans since being brought to this country years ago as slave labor. Today’s headlines indicate that there is still much work to be done but that only makes the work more immediate, more necessary.

Congressman Lewis’ work helped deliver the dawn of the 20th Century civil rights movement. His commitment to cause never wavered because there was always more cause to commit to. His work on voting rights continued until his end because Congress remains unresolved on legislation that would permanently protect the vote of all Americans. Another example of more cause to commit to. 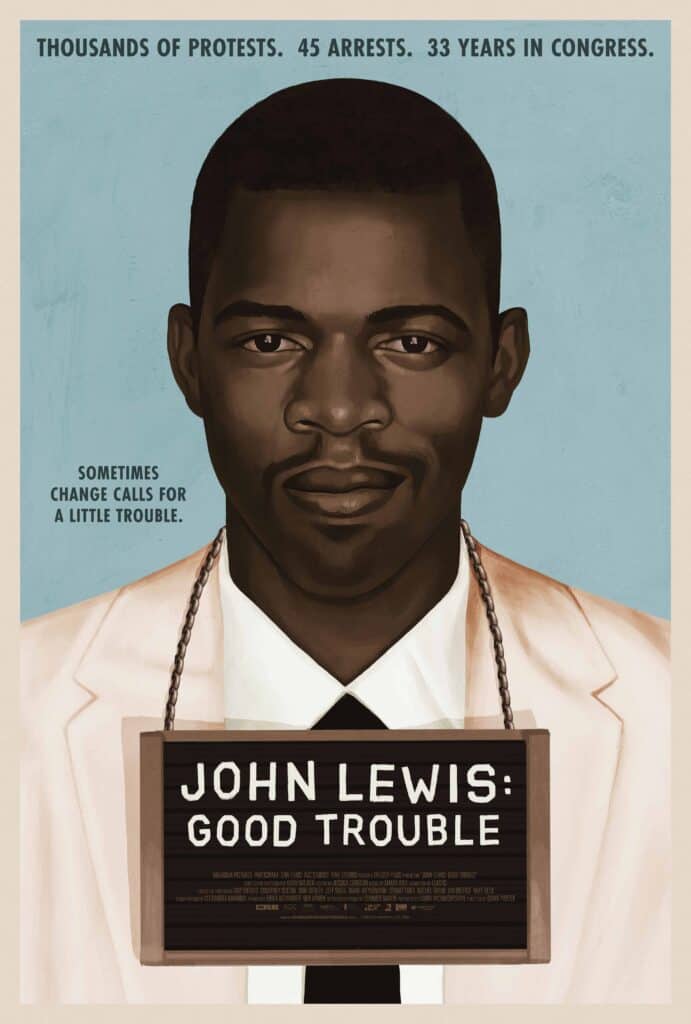 In 2018, I ran for Congress because there were problems (lack of character in leadership, science denial, and divisive, hyper-partisan politics to name a few) and I felt I had to do my part to fix them. Those  problems have become worse over the last two years – impacting every facet of our society – and I remain committed to working toward solutions.

In fact, during the run in 2018, my campaign introduced new technologies designed to flatten the barriers around voter registration and engagement that Congress has been unable to resolve. We estimate 10,000 new voters registered and ultimately voted in our district. That tech, and the problem-fixing purpose behind it, was selected by the “Good Trouble” documentary filmmakers to place on their website to sustain Congressman Lewis’ commitment to the American right to vote. We’re humbled to share that connection in this telling of his important, American story.

In honor of the leadership of Congressman John Lewis, Mrs. Audrey Grevious, and their knowledge that the real work lies in multiplication not division, I encourage everyone to take a deeper dive by jumping into the movies offered free on the internet which not only help us more clearly see the problems of systemic racism but, in many instances, suggest ways we can fix them.

There’s also a unique series of videos and webinars developed by the Texas Lyceum. They offer the perspective of what it’s like, not just to be black in America, but also to be an aspiring ally. I was fortunate enough to be a part of that discussion.

We are all better together. 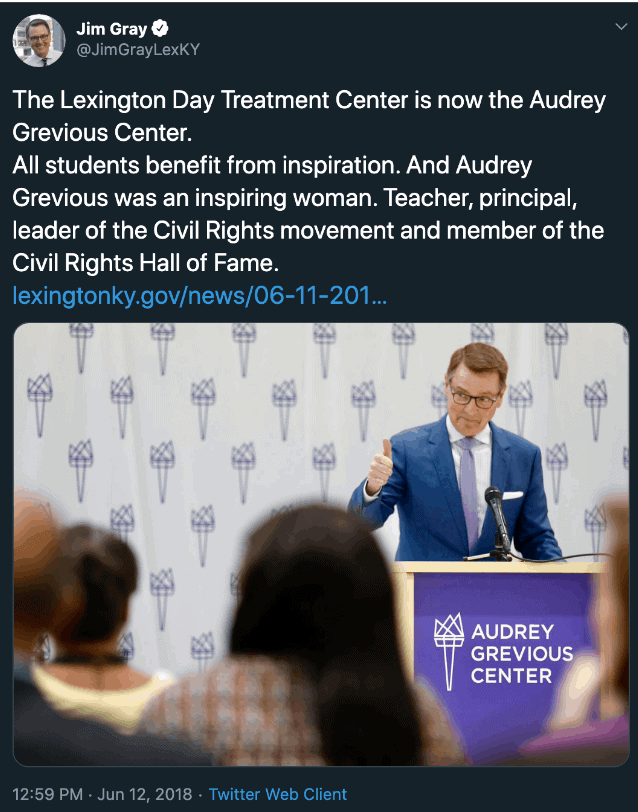 A picture of the Audrey Grevious Center in Lexington, KY, named in her honor. © 2020 Lexington-Fayette Urban County Government

Joseph Kopser is a serial entrepreneur and expert in energy and national security issues. Currently he serves as an Executive-in- Residence at the McCombs School of Business at the University of Texas. In addition, he is President of Grayline after he co-founded and served as CEO of RideScout before it was acquired by Mercedes. He served in the U.S. Army for 20 years earning the Combat Action Badge, Army Ranger Tab and Bronze Star.

He is a graduate of West Point with a BS in Aerospace Engineering and also received a Masters from the Harvard Kennedy School. In 2013, he was recognized as a White House Champion of Change for his efforts in Energy and Transportation. In 2014, RideScout, won the U.S. DOT Data Innovation Award and co-authored the book, Catalyst. He is the Chairman of the Board of Advisors for the CleanTX Foundation, an economic development and professional association for cleantech. Joseph is also co-founder of the non-profit USTomorrow focused on workforce readiness. Joseph’s focus is to help people adapt to the changing future of work.

PrevPreviousCOVID reminds us that it ignores our politics